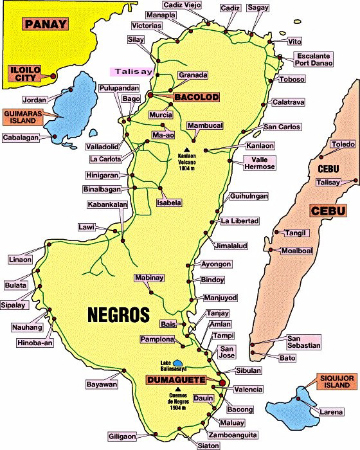 Negros Occidental is a province of the Philippines located in the Western Visayas region. Its capital is Bacolod City and occupies at the northwestern half of Negros island; Negros Oriental is at the southeastern half. Across the Panay Gulf and the Guimaras Strait to the northwest is the island-province of Guimaras and the province of Iloilo on Panay island.